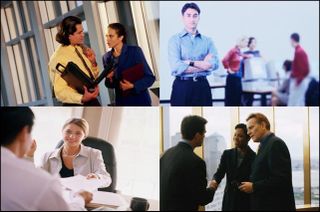 According to Inside Higher Ed, the American Recovery and Reinvestment Act is a jobs bill for the college-educated, based on an analysis by Georgetown University’s Center for Education and the Workforce,

The study finds that 54 percent of the 3.7 million jobs that the
White House Council for Economic Advisors and the Office of the Vice
President estimate will be created or saved by the $787 billion
stimulus package will require at least a postsecondary certificate,
with a full 37 percent of the jobs requiring an associate degree or
greater.

Even many of the jobs that do not require a degree, however,
may compel would-be workers to return to college or otherwise get more
training to be eligible to fill them, the Georgetown center's analysis
shows. Forty-six percent of the positions that the center defines as
"non-college" (meaning that they do not require a degree of some kind)
will require employer-provided classroom training of anywhere from a
month to more than four years; a third will require at least six months
of informal on-the-job training; and at least a quarter will require
some kind of apprenticeship — programs that are frequently offered by
community colleges and for-profit institutions of higher education.

Considering the number of high-skill workers who are now taking on low-skill jobs, forcing low-skill and younger workers out of the job market, this finding is a good thing. However, there's no guarantee that even highly-skilled workers have what it takes for many of the jobs that will be created, particularly green jobs. There will still be a need for workers of all stripes to upgrade or diversify their skill base to access the jobs saved or created by the ARRA.